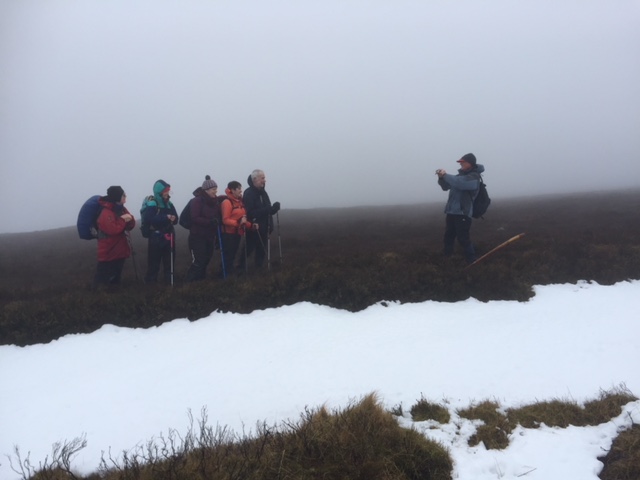 The annual club Mulled Wine walk took place in the Blackstairs Range on 17th December; there were two walks , led by Peter and John; Peter’s more challenging walk took the group to Caherroe’s Den but not by the traditional route and involved a number of ravine crossings .

John’s more leisurely walk was around the south of Black rock mountain and up the turf road to the turf hut on the Mount Leinster Ridge where the group had the benefit of some shelter from the ever strengthening wind. Return to the cars was over Blackrock itself with the wind driving the party onwards and down.

Both groups met up in the much warmer environs of Bowe’s Pub in Kiltealy where sandwiches, mulled wine and mince pies went down well