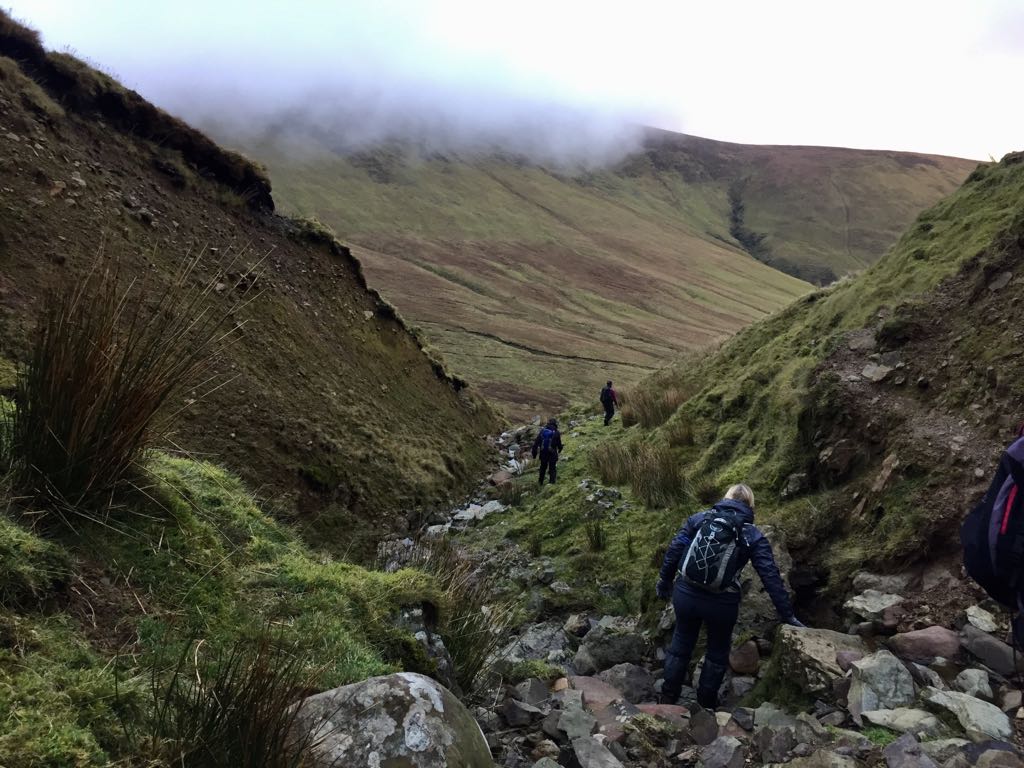 The Club made a return trip to the Galtees for their annual Christmas get together weekend. Events kicked off on Friday evening with a night walk up to Galty Mór completed in a cracking four hours with magnificent visibility making head torches unnecessary until the later stages of the walk .

The main event of the weekend is the Saturday walk and this year a section of the Galtees not previously visited was tackled with a climb to Carraig na  Binne (the Rock of the  Cliff : appropriately named given the steep fall to the North ) with a return along the turf road parallel to the Blackrock River . Unfortunately it was only as the river came into view on the return leg that visibility improved to reveal the steep hills either side of the river vallery.  A short cut back to the cars through a wood became something of an adventure as a search was made for the path clearly marked on the OS map but not so clear on the ground – eventually the group emerged from thick forestry onto the path which took us back to the cars just as dusk set in !

Saturday evening saw the group enjoy a well earned meal in the warm surrounding of the Kilcoran Lodge Hotel.

November 7th and the sun shone and the wind died !